It All Starts With Saline 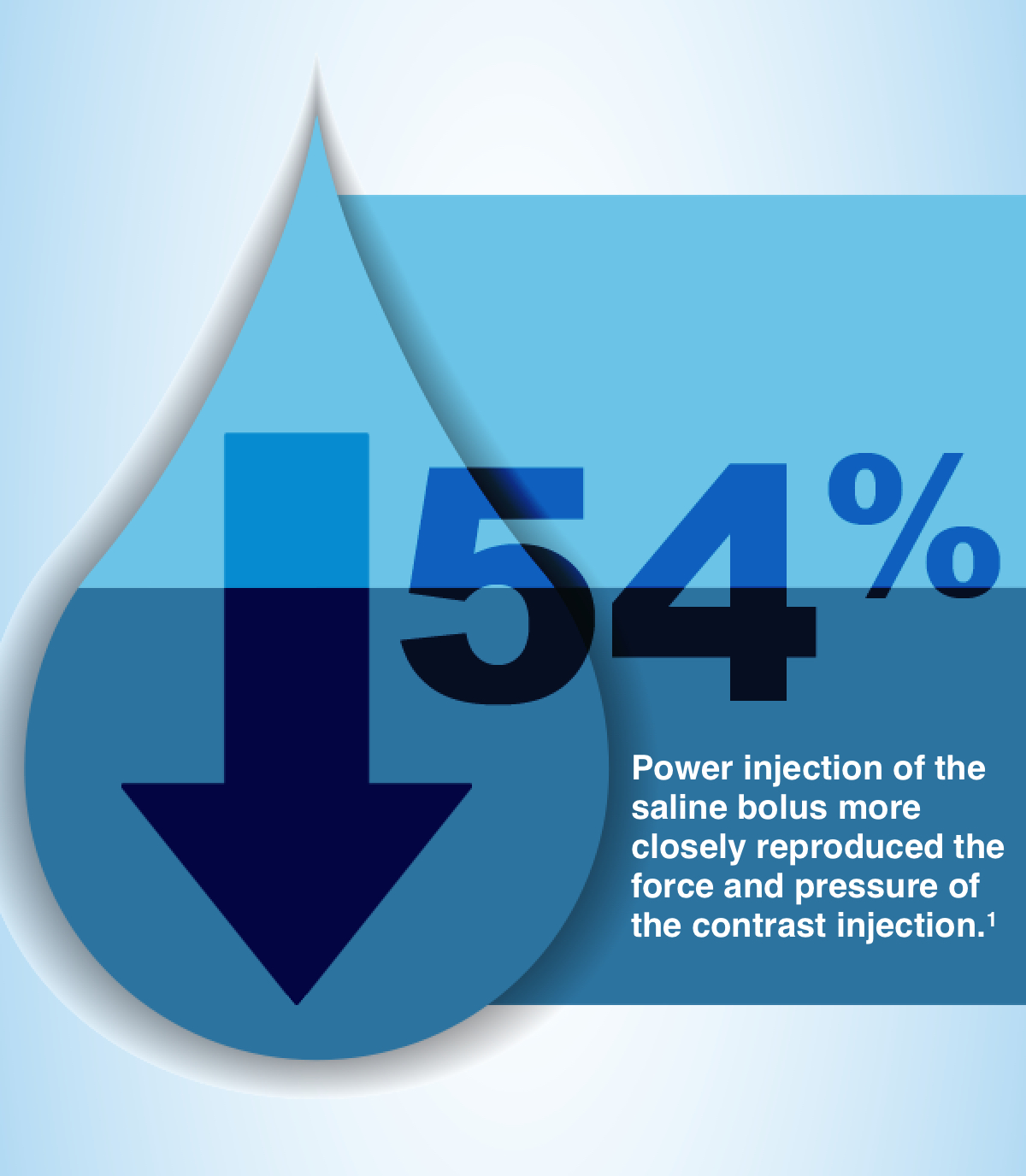 The use of contrast media (CM) for diagnostic imaging and interventional studies has expanded rapidly in recent years, partly due to the efficiency of multi-detector computed tomography (MDCT) scanners that image internal organs faster.2

With this expanded use comes a wider variety of patients with different presenting conditions, including—but not limited to—congestive heart failure, renal insufficiency, and atherosclerotic cardiovascular disease.

With more procedures being carried out, more patients are at risk for development of contrast-induced nephropathy (CIN).

While relatively rare, out of the 36 million contrast-enhanced CT exams that are performed every year extravasation occurs in 0.1 to 1.2% of them, amounting to between 36,000 and 430,000 procedures annually.3

In this regard, of prime importance is minimizing the vulnerability of the kidney by enhancing renal perfusion and reducing any vasoconstrictive factors, which typically means volume expansion with intravenous (IV) saline.

In an early study looking at pre-contrast and post-contrast saline administration, researchers from New England Deaconess Hospital prospectively studied 78 patients with chronic renal insufficiency who underwent cardiac angiography. They were randomly assigned to receive 0.45% saline alone for 12 hours before and 12 hours after angiography, saline plus mannitol, or saline plus furosemide.4

Maintaining vein patency is of the utmost importance, as well, especially in terms of preventing extravasation.

Radiologists and technologists know that vein patency is key to minimizing extravasation risk.

In fact, in 2018 Einstein Healthcare Network, in Philadelphia, was named a finalist for the ECRI Institute’s 12th Health Devices Achievement Award for its research into reducing IV contrast extravasations that occur during contrast-enhanced computed tomography (CT) examinations.1

The Einstein researchers hypothesized that injecting a test bolus of saline using a power injector, instead of injecting it by hand, can decrease the number of subsequent IV contrast extravasations that occur during contrast-enhanced CT examinations.

To test this, the Einstein team initiated a protocol specifying that the saline test bolus be power-injected for all IV-contrast-enhanced studies. The team then compared extravasation rates for a 30-month period leading up to the start of this intervention with those observed during the 15-month period after the change.

Their review of data from over 34,000 contrast-enhanced CT examinations demonstrated that the intervention reduced extravasation rates by 54%.

Power injection of the saline bolus more closely reproduces the force and pressure of the contrast injection.1* Plus, using saline this way makes it more likely that a weak IV line will be identified and less likely that extravasation will occur.

*Compared to a hand-injected test bolus.

2. Solomon R. Increasing awareness of and concern about contrast-induced nephropathy. US Cardiology. 2005;2(1):1–5.